Last Wednesday was a holiday here in Taiwan, 中秋節 （zhōngqiūjié）, also known as the Moon Festival or Mid-Autumn Festival.

My parents were in town for the holiday (which was on Thursday in Hong Kong) so we received some much-needed babysitting from the grandparents. This was good timing as last week also happened to be our 4th wedding anniversary!

One of the classic hallmarks of the Moon Festival is moon cakes (月餅, yuè​bǐng​). Moon cakes are typically given to suppliers, staff, and anyone else you don’t like … er … they’re a lot like Christmas cake in Western countries – that is, they are passed around and when you get them, you often give them to somebody else! 🙂 However many Chinese and Taiwanese people love to get them, and unlike Christmas cake, moon cakes actually taste pretty good. That is, unless you get one of the “traditional” ones with the egg yolks inside.

Tastes great, until you get to the, not one, but TWO egg yolks inside!

I took home a box from my work as we were overflowing with moon cakes and other treats before the holiday. Thankfully this box contained one of the best treats available in Taiwan: pineapple cakes. 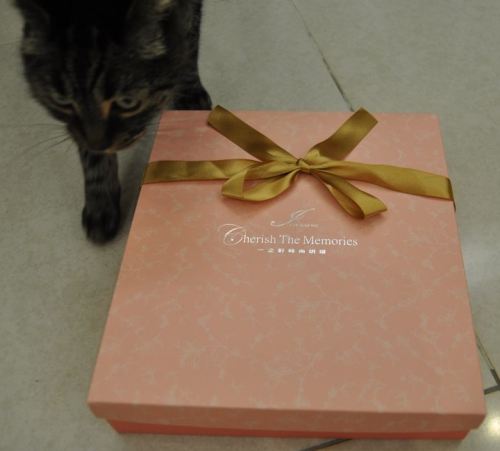 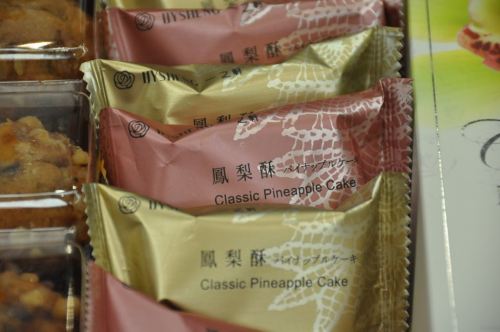 Mmm ... I love pineapple cakes. I devoured half of these myself.

For dinner on Wednesday night we chose to go to N°168 Prime Steakhouse in the Grand Victoria Hotel (維多麗亞酒店) in 內湖 （Nèi​hú​）. The Australian Wagyu beef was incredibly good and it was a great way to celebrate the festivities. At the end of the meal we were given the other hallmark of Mid-Autumn Festival, a Pomelo (柚子, yòuzi). I love 柚子 as they’re like a grapefruit but sweeter, and they’re in season at this time of year. Also this week, we just found a great fruit market near out apartment so we’ll be buying up their 柚子 stock while it lasts!