Its lantern festival season in Taiwan. It seems most cities across the island have some sort of festivities. Jason got the chance to go to Pingxi last week to see the famous sky lantern festival. For my taste of the festivities I took an afternoon trip with Max to see what Taipei had on offer.

At Sun Yat Sen Memorial Hall the city put on a large festival for over a week. It’s the Year of the Rabbit, which is painfully obvious since the entire site is basically a bunny explosion:

Make no mistake. Its the year of the Rabbit. If the hundreds of bunny’s littering the front lawn doesn’t do it, well than this giant rotating pink rabbit should: 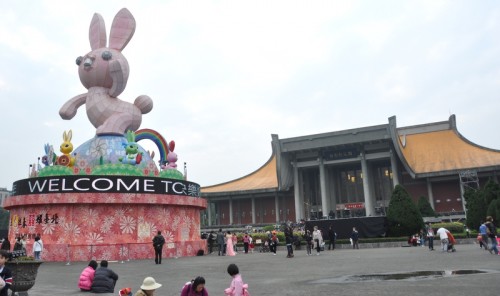 Or so I thought. Until I saw the free mini lanterns being given away daily to kids: 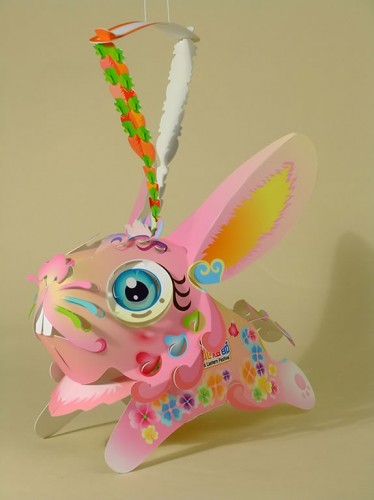 Surveying the rest of the grounds the majority was dedicated to displaying lanterns built by various schools in the city. For me, say the word paper lantern and I conger up images of the typical ikea ball shaped paper lantern lamp. Imagine my surprise when I rock up to the festival to find these:

Lanterns it seems can be any paper shaped hallow object. Personally I love the ciber-bunny. And I appreciate that the students of Taipei strayed from the cute bunny image as well. Although dimsum bunny and banna/garlic bunny have vague resemblance to Bugs Bunny back in the racist years of cartoons.

Aside from lantern displays, there were DIY crafting tents for kids, a large stage for concerts, and an area for writing down wishes: 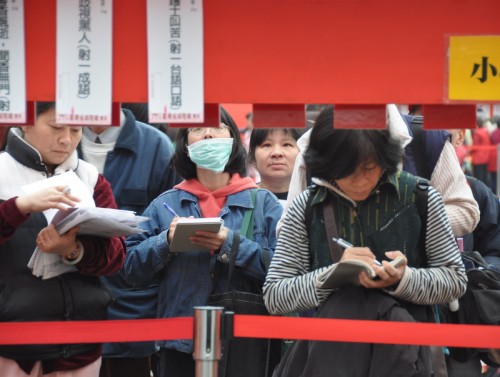 This is afterall a festival with religious roots.

So, by no means as cool as the Pingxi Festival that Jason went to, but still a very interesting sample of local culture.